Eating vegetarian and vegan in Barcelona

Eating vegetarian and vegan in Barcelona

The first thing that you need to know about Barcelona is that it is in the region of Cataluña. You may already know this simple geographical titbit, but it can hold some fruitful information for travellers eating vegetarian and vegan in Barcelona.

Firstly, Catalans are fiercely proud of their distinct language (an official EU minority language) and culture- not to mention their fiestas and food. Cataluña´s regional government is even on a widely debated mission to become independent from the rest of Spain. Irrespective of whether the people of Cataluña feel that this is the right political road to take, they are very proud of their distinct heritage and Catalan culture.

This might seem irrelevant, but what this means for vegetarians and vegans is that you may be received more favourably speaking a little Catalan, as well as English or Spanish. Many people in Barcelona speak all three and it can depend on the person as to which they prefer. In any case, a great phrase to know is ´I am vegetarian´: sóc vegetarià.

Secondly, Barcelona is famous for its seafood, as the city is on the coast, and many Catalans do not understand the concept of vegetarianism or veganism: a ´vegetable´ salad or dish may actually also contain fish, like tuna. This might be something to look out for and you can ask for a dish ´without meat or fish´ in English, or in Catalan as well, if you like: ´sense carn o peix´.

Nonetheless, a feisty, eclectic vegetarian food culture in Barcelona is on the rise. There are many fantastic places to eat vegan or vegetarian in the city, whether you would like to try traditional Catalan tapas, the Catalan version of Paella (that has noodles instead of rice), gazpacho (a vegetarian Catalan tomato soup), organically grown natural foods or international dishes.

Sésamo is not just for vegetarians. It has a wide range of followers that regularly come for the vegetarian-friendly food, as well as the music, relaxed atmosphere and friendly chats with the Argentinian owner and chef Alfredo, who also happily accommodates vegan customers. The food leans towards an Italian twist, but also has many traditional fresh market vegetable Catalan tapas and international food options. Additionally, Sésamo often shows photography exhibitions and serves wines by the bottle and the glass. This is a great casual, local place to go for dinner. 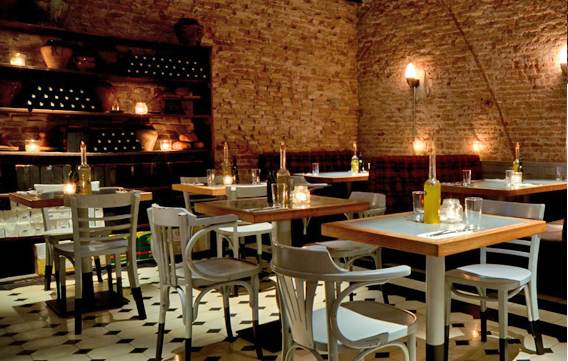 Teresa Carles serves delicious, healthy, vegetarian and vegan food, including salads (that you can customise yourself), pastas, tapas, desserts, wines and fruit juices. They serve breakfast and brunch, as well as lunch and dinner, and have a mix of traditional Catalan food and international dishes. The philosophy of the Founder and Head Chef of the restaurant, Teresa Carles, is to take natural produce straight from the field to the table, in a simple and nutritious way. Their menu also has gluten free dishes and you can even choose completely ´raw´ options, such as Ceviche (raw fish cured in lemon juice).

Raso Terra is a delicious vegetarian bistro bar that offers both vegetarian and vegan food, simply because, as it says on their website, ´you are what you eat´. They have a highly varied array of food and 3 menus: a daily 3 course lunch menu (with different options to choose from), tapas, and an evening menu. They also offer gluten free options and show on their menu when the dish only uses locally sourced ingredients. For wine lovers they also have a quite impressive list of wines hailing from Spain, Italy and Portugal that you can buy by the glass or bottle, as well as cocktails that only contain natural ingredients.

Cat Bar is a very small and very local vegan restaurant/cafe that is great to stop at for a weekday lunch on the go. It has a punk vibe and is usually filled with young, socially conscious Europeans. The recommendation for this place is to try the build-your-own ´Cat Burger´, which comes with your own choice of vegan burger, sauces, bread, fillings and a side. They also serve a small selection of different burgers, as well as salad, hummus, and soup. Although the food here is not strictly ´Catalan´ in style, it is located very close the Cathedral, which makes it a perfect stop for some food in between some sightseeing.

Another few places to check out on line would be Aguaribay Organic and Govinda, a vegetarian Hindi restaurant.

Whilst you are eating out in Barcelona, it can be hard to know which traditional tapas contain meat or not, even if you speak Spanish. Look out for these ones on your travels:

Escalivada: Aubergine, red pepper, onions and tomatoes- also typical to Valencia and Aragon.
This may be one of the dishes contains some sea food, depending on the restaurant. You might want to check by asking for it ´sense peix´(without fish- pronounce ´peix´ as ´peish´).

Truita de patates: Potato and onion omelette, a traditional dish found in many areas of Iberia

If you are travelling to Barcelona and would like to sample some of the area´s high quality wines as well as the gastronomy, we have a number of winery tours in Barcelona. These tours are perfect to explore more than just the city during your holiday and leave from Barcelona just for one day. We also have a number of wine hotels which can be combined together with wine and gastronomy activities and trips to make short holiday breaks. Just let us know your preferred dates and what you are interested in, and we would be happy to help you.

Look out for our next blog on Gluten free coffee shops in Madrid!

Other interesting posts on Barcelona 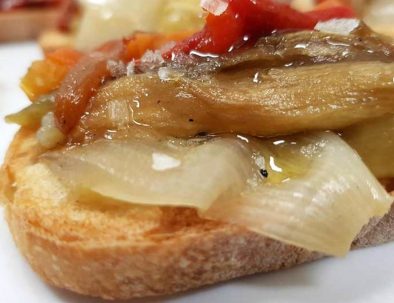 A selection with amazing tapas tours in Barcelona

Selection with the best tapas tours to enjoy in Barcelona. Small-group food tours to make the most of your stay in Barcelona with a selection of excellent tapas bars, wines and local guides. Tapas tours in Barcelona to discover local Catalan gastronomy and wines. A complete guide with different styles of tours to suit all tastes. … Read More 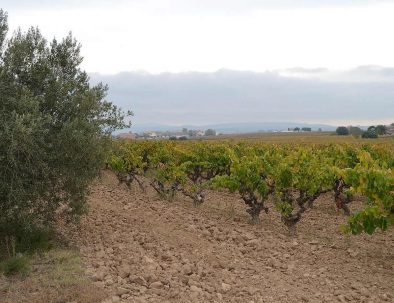 Best wineries to visit near Barcelona

This post highlights the best wineries you can visit near Barcelona and what makes these wineries special. The list is broken down appellation by appellation so you can plan the perfect experience for you. … Read More 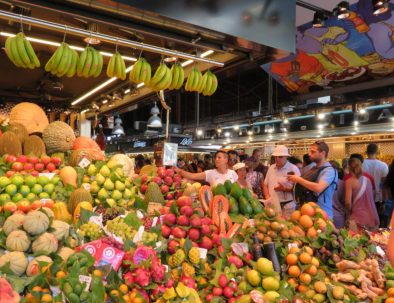 This is a top-selling paella cooking class in Barcelona and a highly rated class. The activity starts at La Boquería market where guided by a local chef, you will enjoy the stands of this iconic market in Barcelona. You will then proceed to the kitchen class for a very interactive class where you will prepare some simple tapas and superb seafood paella. Enjoy sangria while you prepare and learn to cook paella with a chef and then get ready to enjoy your preparation for either lunch or dinner! … Read More

Discover food markets in Barcelona and the gastronomy and wine of the city. There is no better way to explore a city that through its gastronomy. With 40 open air markets, Barcelona offers may opportunities to get to discover the local produce, traditional dishes and good wines. … Read More