The rugged district of Priorat (Priorato in Spanish) is located in the Tarragona province. South from the Ebro river and 15 miles from the sea, this terrain is a wine region that shows a curled landscape similar to an accordion.

The district of Priorat cohabits with that of Monsant. The former has 4.447 acres of land under vine, a number that most likely will not grow much more. On one hand, the jagged surface of the terrain makes further plantings extremely laborious, especially on the steepest areas; on the other, the neighboring region of Monsant is wrapped around it like a donut. 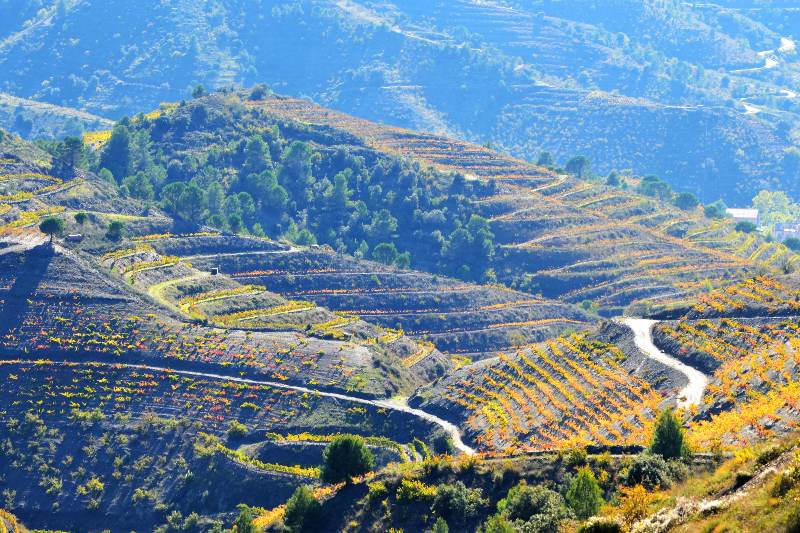 Priorat is blessed with a particular terroir, and it is this factor that makes it so special amongst Spanish wines. The soil is covered with slate (known as licorellas by the locals) and large pebbles. Rainfall is scarce, and the summers can be very hot, contrasting with rather cold winters.

Grenache and Carignan are the most representative grape varieties in the region, and in many cases their yields are under a kilo per vine. Other red varieties, such as Cabernet Sauvigon, Merlot, Syrah, or Pinot Noir, are also accepted by the local viticulture control board. These French grapes were introduced in the 1980’s, giving birth to the “New Priorats”. Nonetheless, Grenache and Carignan are those who define best the strong personality of Priorat wines. 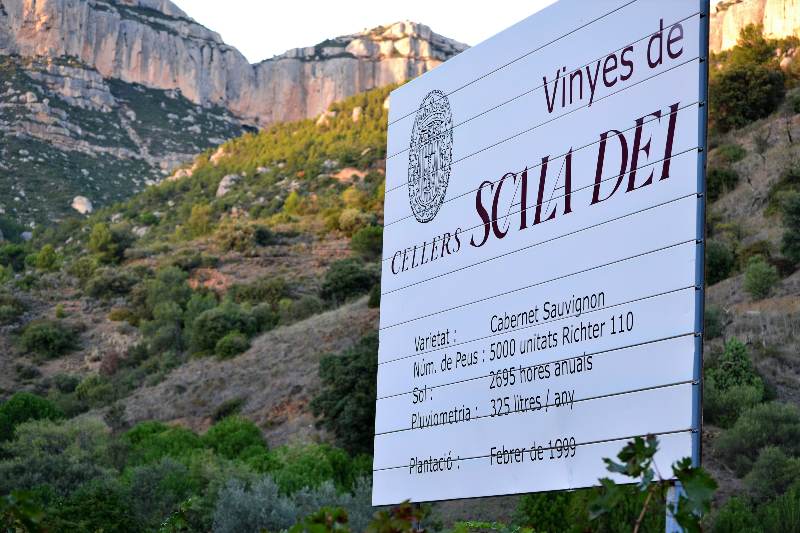 Many of the old vineyards, although some of the new ones too are located on very steep slopes, where the harvest turns out to be extremely challenging, leaving only men and other animals capable of approaching those vineyards impossible to mechanize.

Culturally, Priorat is the sum of craftsmanship and tradition. From a distance, its old and robust vines look like hair combs grooming the surface of the hills, proudly observing the slate terraces.

Priorat is trending and is also a stone throw away from Barcelona. One-day tours to Priorat are the perfect option to get yourself familiarized with its wines and its stunning landscapes. However, there are few wineries that will open their doors to visits. Small producers rely on their staff to take on different roles, having them showing visitors around in addition to other duties. This curbs the wine tourism logistics, seldom finding consistent open doors dynamic in most of the wineries. Having said that, this condition actually makes visits all the more interesting. 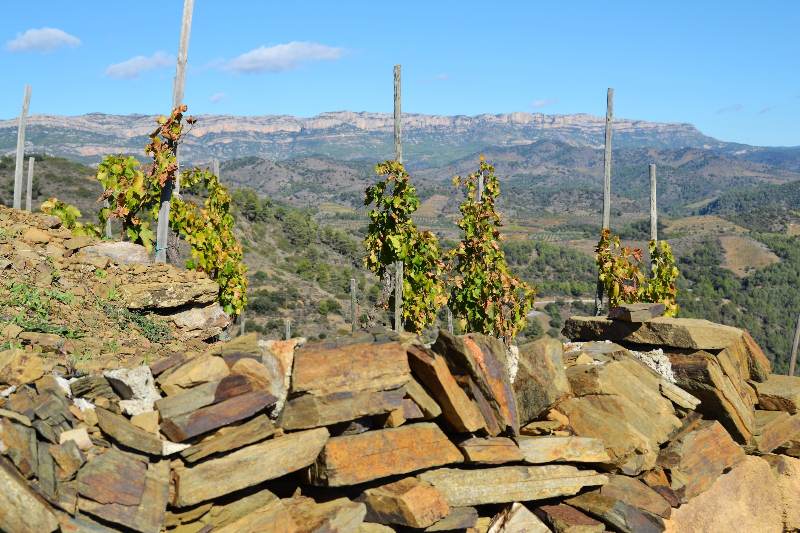 On the foothills of the Monsant mountain ridge lies the Carthusian monastery of Scala Dei. Established in 1163, its monks set the guidelines for the viticulture of the region. Subsequently abandoned, the monastery has been restored and today it is partially open to visits.

Priorat is surrounded by charming villages that offer the visitor an insight into the history of this wine region. Falset, the district capital, is the most developed town, offering a complete arrange of amenities, and yet preserving its agricultural spirit. Bellmunt del Priorat, Gratallops, Porrera, or Poboleda, are only a few of the lovely towns one can discover in the area.

Although many of the wineries are not open for visits, we will show you a few of them that are willing to share the identity of their heritage. The district is far more than just the wineries. Many families and entrepreneurs have been seduced by this enchanting region and ended up staying, starting their own projects, and contributing their grain of sand to the Priorat wines. A potential yet to be fully explored. 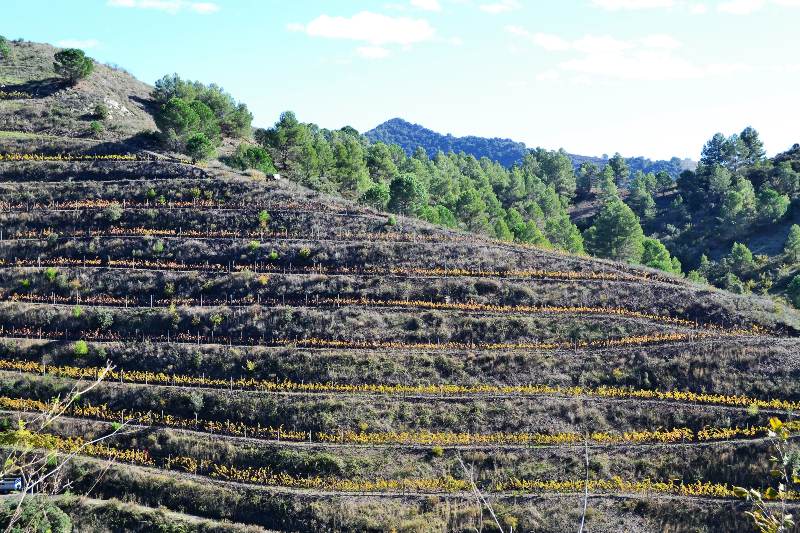 Important wineries and the people behind them

Mas Martinet is a certified icon in the region. Josep Lluis Pérez, a relentless patron and supporter of the local wine industry, is the man who brought this winery to life in 1981. Back then, he was asked to launch the Enology School in Falset, and he delivered exceedingly. As the project was taking off, he got the chance to discover, first hand, all the nooks, and crannies that the area kept hidden. Wines such as Clos Martinet and Martinet are flagship names of this winery.

Following the footsteps of her father, Sara Pérez has grown into one of the most relevant personalities of the Spanish wine landscape. With her own personal project, Venus “La Universal”, Sara makes wines that strive to show the tenacity and freshness of Grenache, using grapes coming from plots of decomposed granite soils in Falset. Additionally, she works as a consultant for a handful of other wineries.

Another name that shines in the region is Celler Fuentes, the winery founded by Josep María Fuentes in 1995, which gave birth to Gran Clos. Since then, it has seen no decline in its growth. His wines express all the minerality of the Priorat.

Native to La Rioja, Álvaro Palacios is a man that fell in love with the ancient art of winemaking. Everywhere he goes, he strives to find the complete expression of terroir. His landing in Priorat turned out to be a major change in his life. Wines like Dofi, Les Terrases, or L’Ermita, have given him a well deserved international reputation.

Clos Erasmus. A winery that was once housed in René Barbier’s Clos Mogador winery. Currently, it occupies the previous Álvaro Palacios winemaking facilities in Priorat. Its owner, Daphne Glorian, born in Switzerland and married to a North American, came to this region some years ago to fully commit herself to the ongoing wine revolution that only a selected few were powering. Today, Clos Erasmus has become a benchmark of reference in Priorat. 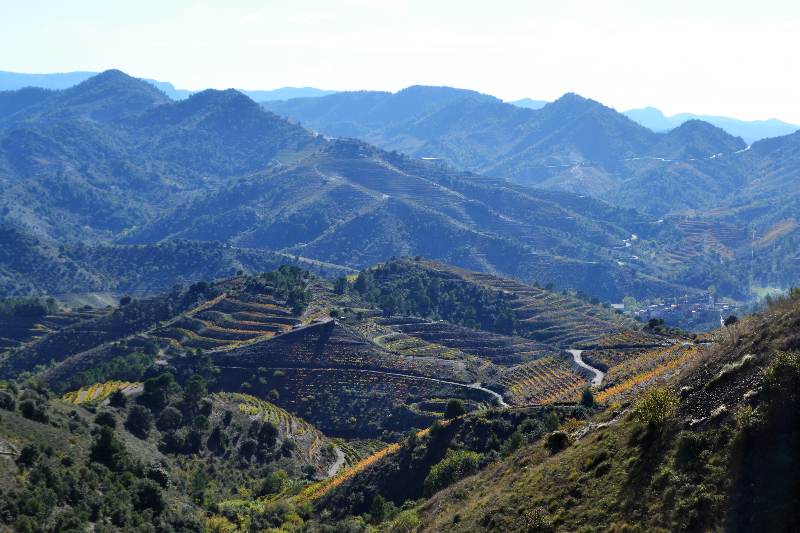 The vineyards of Clos Figueras are scattered around shiny slate terraces, covering up to 61 acres of Carignan and Grenache plantings. This is Christopher Cannan’s project, and since its origin, it has been under the wing of René Barbier’s team

The names of Clos Mogador and René Barbier’s are intimately linked to the world of wine in this region. Barbier was a pioneer in the region’s surprise and he believed in it, back in 1979, when Priorat was neglected by many. With his son’s support and a winery in which micro fermentations are possible, Clos Mogador can boast about owning some of the finest vineyards in the area, most of them located on huge amphitheater-like slopes, made of slate, and bathed by the waters of the Siruana river. A view to behold.

Is René Barbier the owner of the Penedès brand? Barbier’s family migrated from France back in the 1880’s, when the phylloxera was ravaging the French vineyards, in search of healthy vines to keep making their wines. The plague had halted the entire wine production north of the Pyrenees, so León Barbier decided to settle down in Tarragona, where he founded the winery. Even though the brand today is no longer part of the family, it still carries his son’s name: René Barbier. 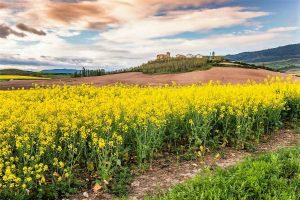 2 to 3 day wine tours in Spain with expert guide. Rioja, Ribera del Duero. San sebastian, Barcelona or Madrid are some of the cities and regions covered … Read More 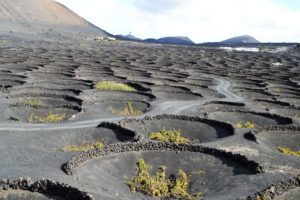 Lanzarote offers one of the most impressive vineyards in the world. KIts vulcanic soils produce some amazing Malvasias. The area of La Geria is exceptionally beautiful and a wine tour in Lanzarote is a must for wine lovers who plan their holidays here … Read More