Top attractions in Toledo and main points of interest

Located south of Madrid, the ancient capital of Spain is a city ull of history and a must-do visit from Madrid. In this travel guide you will discover the top attractions in Toledo and the best things to visit during your trip or stay.

When did Toledo appear as a city?

Toledo first emerged as a Celtiberian settlement, and was later an important Roman enclave, then the capital of the Visigoths, then a medieval city of three religious cultures (Muslim, Jewish and Christian) and the imperial capital of the vast domains of Carlos I.  It is an ancient city, and with its many great attractions, Toledo city has both a heritage and numerous alternatives that appeal to tourists. If you are interested you can find more information in this post about the history of Toledo.

From where can the best views of Toledo be enjoyed?

Among the best views of the city is from the terrace of the Victorio Macho Sculpture Museum. The best time to visit is when the museum’s closing time coincides with winter sunsets.

By ascending the bell tower of the Church of San Ildefonso, also called “The Jesuits”, the overlook provides the best views towards the Cathedral and the Alcazar from the inside of the city.

The “Mirador del Valle” (Valley Overlook) is on the bypass road, just outside the city of Toledo. From there, you can see much of the city in front of you. The views are breathtaking during the late afternoon. The viewpoint is out of town but can be easily reached by train, tourist bus, taxi or private vehicle. 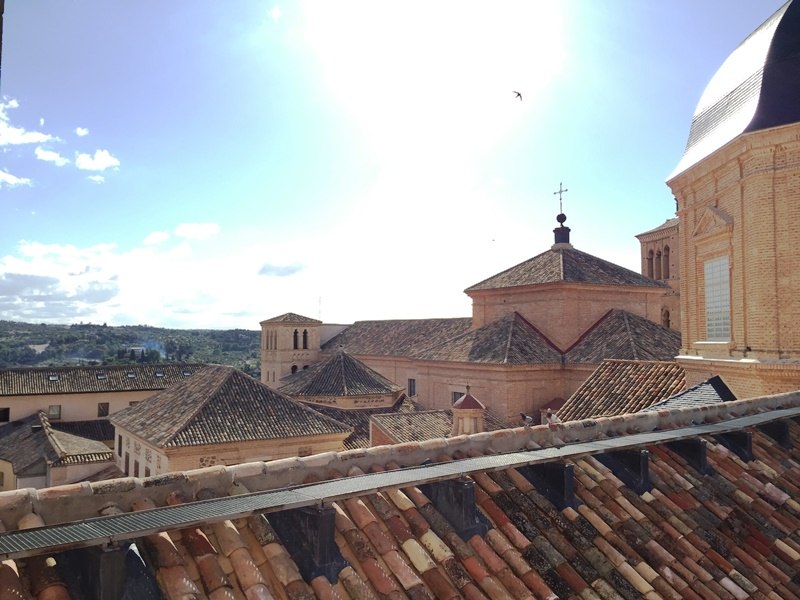 Visit not one, but three Christian temples in Toledo

Primada Cathedral, or Santa Maria Cathedral, is a masterpiece of Gothic style architecture and is the second largest cathedral in Spain in surface area with works of art of inestimable value. Being surrounded by the Cathedral buildings is impressive, but even more so is its outstanding interior. We recommend this post to plan your visit to Toledo Cathedral.

The Monastery of San Juan de los Reyes, which the Catholic monarchs ordered to be built, at the time rivaled the Cathedral and was constructed in the Gothic Renaissance style.

Church of San Ildefonso. Since we have recommended going into its bell tower, you should definitely see this nearby Church. By the time it was constructed, the Gothic style had passed and it was built in the prevailing Baroque style of the time. 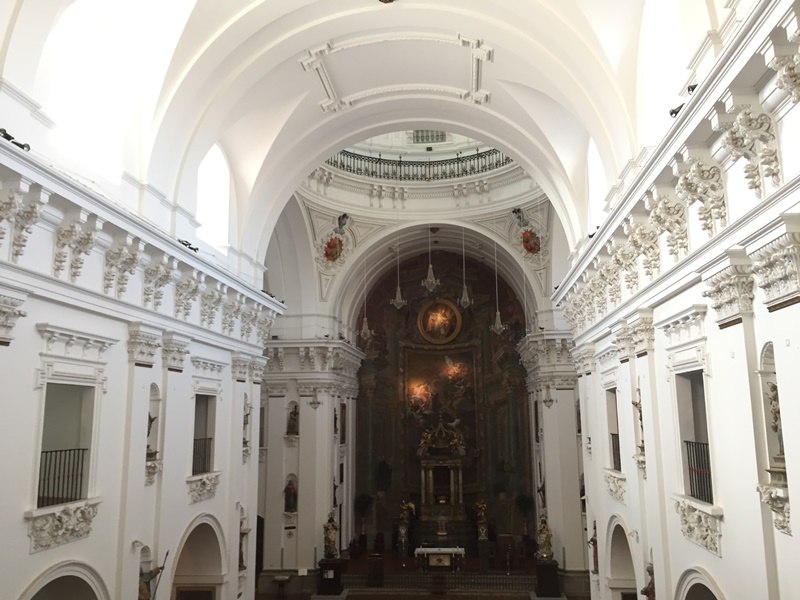 Founded and built by Samuel Ha-Levi, the Synagogue of El Transito is a Mudejar temple from the 14th century. Despite synagogues being banned at the time, Pedro I gave permission to the Royal Treasurer to build one in its current location

The Synagogue of Santa Maria la Blanca was built in 1180 and is a Mudejar temple with 32 pillars in a style reminiscent of a mosque. The building is painted white and is divided into five naves.

The El Greco Museum is the only museum in Spain dedicated this famous painter from Crete. It is divided into the museum itself and the House Museum which is in the style that prevailed at the time of El Greco, but is not his home.

The Church of Santo Tomé (or the Church of Saint Thomas the Apostle) is a small Mudejar Church which contains one of the great masterpieces by el Greco, “The Burial of the Count of Orgaz”. The beauty and the deep meaning of the picture awe-inspiring, but it must be mentioned that El Greco did not see the burial because it occurred more than 250 years earlier.

The Museum of Santa Cruz is worth the visit if only to see the Plateresque style of this building. It is quite certain that this impressive building was originally conceived as a hospital. 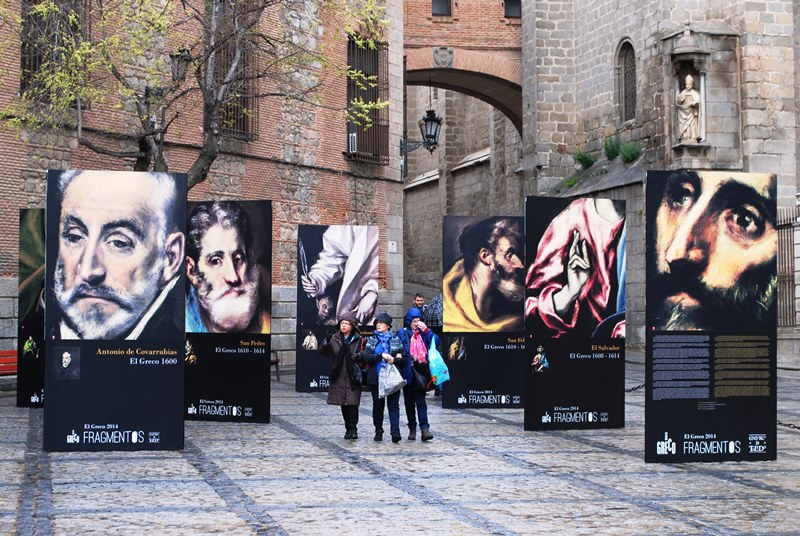 Nuncio Viejo: Perhaps the narrowest city street, it provides a beautiful and unique ascent from the Cathedral to The Jesuits (the belltower).

Cobertizo de San Pedro Mártir: An enjoyable walk along a quiet street which extends from the University to the Monastery of San Clemente.

Cuesta de la Ciudad: This street is actually a sloped stairway that passes from Trinity Street to the square beside the City Hall. 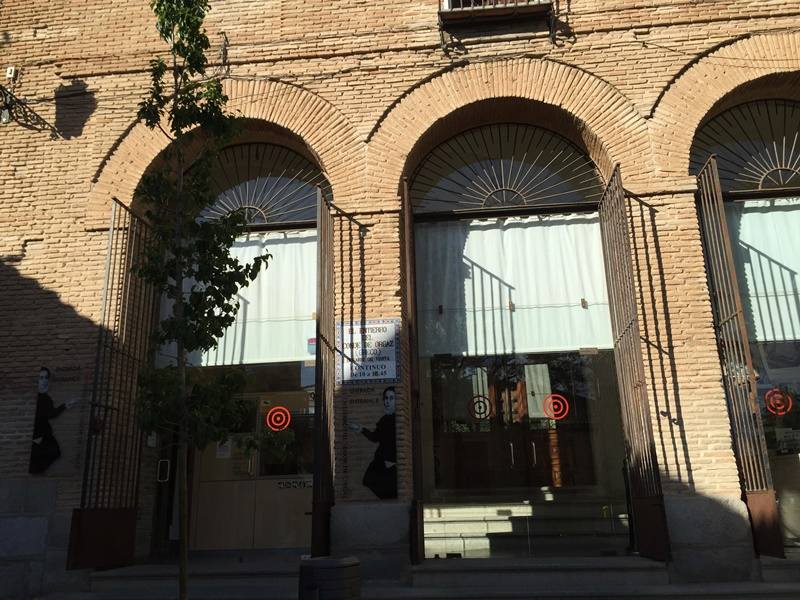 Marzipan or “mazapán” in Toledo is what the croissant is in France. There are numerous establishments to taste and buy some. The most famous are found in Santo Tome, Conde, the Casa del Mazapán streets, as well as in many others pastry shops.

Damascene is an artisan technique which consists of embedding precious metals in ceramics or on other metals, and whose origin could be Damascus, Syria. The technique was widely used to beautify swords.

Swords made from Toledo steel have been famous for centuries, but was often called “Spanish steel.” You’ve probably seen copies with “Made in Toledo ‘ thanks to the films such as Lord of the Rings, Braveheart, Gladiator and The Immortals.

Enjoy some tapas and wine (in moderation) in:

Alfileritos 24 is a very nice establishment and most unique in its layout.

La Sucursal de Botero is a small tavern near the Cathedral and ideal to refresh with some wine from Toledo and La Mancha.

The Abbey belongs to the same business as Alfileritos 24, and is perhaps best known for being in the busiest area. Both establishments are no further apart than 50 meters

We however believe the best way to enjoy wine iis with our Toledo gastronomy tour, which includes a winery visit an many other insteresting things beyond Toledo City.

Make a stop along the way and have a coffee in:

Malquerida Trinity. Near the Cathedral, the shop prepares coffee as you like it, and is where you can read a newspaper and chat in a casual, relaxed atmosphere.

Café de las Monjas. On the edge of the Jewish quarter is a combination café and sweet pastry shop that showcases numerous dolls dressed as nuns preparing marzipan.

Terrace Bu is next to the Alcazar and offers a very nice place to “chill-out” especially during the evening hours.

Which are the best restaurants in Toledo?

Adolfo is a classic restaurant in the vicinity of the Cathedral. For its great cuisine of traditional dishes and excellent wine list, eating à la carte is around €65-75 per person.

La Ermita has stunning views of the city from its windows. Its modern, innovative cuisine contrasts with its location below a hermitage on the left bank of the Tajo River. Prices range from €50-70 per person.

Locum occupies an old house dating from the 17th century in an alley near the east side of the Cathedral. Prices range from €50-60 per person.

Best ideas in Toledo with children

Free Toledo bracelets for children less than 11 years of age. This children’s bracelet is free to adults who have purchased the ticket to enter 6 monuments for a reduced price of €8. Normal entry is €2.50 per monument.

For the children who don’t like to walk, the Toledo Train Vision is a small train which leaves from the Plaza de Zocodover and travels throughout the city. (If it is too cold, an option is the Toledo City Tour).

For those who like to walk, we recommend the Tajo River ecological path which also goes around the city.

Getting the most from Toledo

There is another Toledo to be discovered… The “Unknown Heritage” routes offer a way to discover Toledo’s many legends and underground sites. An advance reservation with the Cultural Resources Center management is necessary in order to arrange visits to the different properties. Tel: 925-25-30-80.

For fans of the military history, we recommend the Army Museum located in the Alcazar.

Cigarral is a large estate located south of Toledo that has fantastic views. Many have become restaurants. 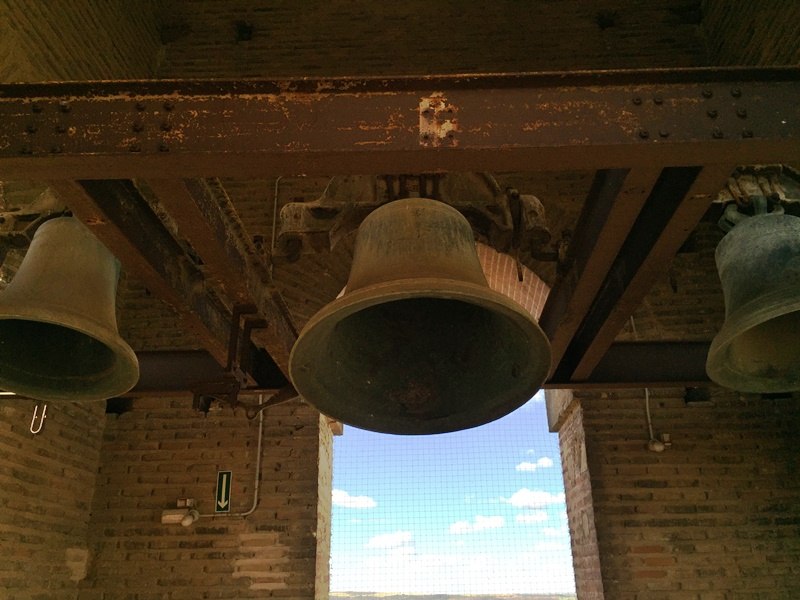 When is the best time to visit Toledo?

Visit the city during Holy Week (Easter) in April; declared a Festival of International Tourist Interest.

Visit the city during their festivals in June: the famous Procession of the Corpus Christi in Toledo, also declared a Festival of International Tourist Interest.

You can find interesting information to prepare your trip about the weather in Toledo in this post. 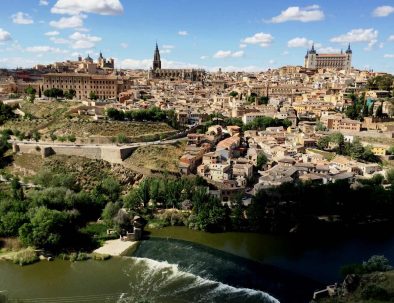 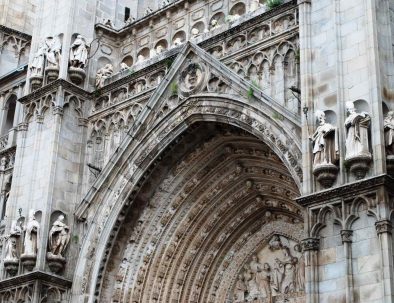 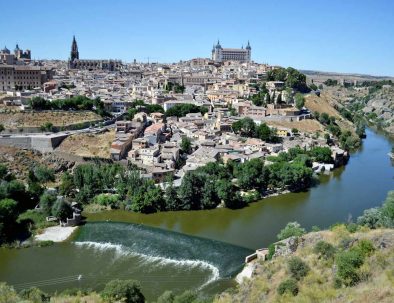 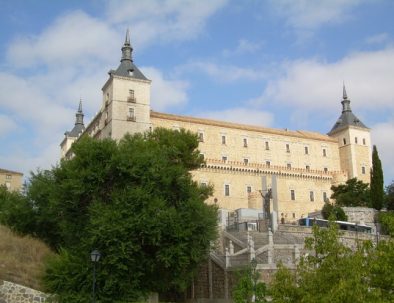