The best restaurants in Haro, Rioja

The best restaurants in Haro, Rioja

We normally include Haro in our winery tours in Rioja. It is a city with lots of history and also with many gastronomic gems.

Today, we would like to reveal these gastronomic gems that you can find in the small Riojan city of Haro.

This modern hotel in Rioja offers unique views over the Ebro river. It is located in the small village of Briñas (5 minutes drive from Haro or 20 minutes walk) Modern architecture at amazing old mansion.
Discover it

This hotel is the most famous hotel in Haro. It is located at an old monastery and renovation was undertaken with great care. At walking distance from Barrio de la Estacion.
Discover it

The center of the Upper Riojan region, Haro has wealth of history to share. The city has a long tradition of festivals and special customs that combine food, history, and wine. The festival of St John the Baptist, in which in the early hours of the morning of the 24th June a daybreak festival begins with bonfires, hot chocolate, and muscatel wine. At midday in the Plaza de la Paz, a rocket is launched from the balcony of the City Hall to commence the daytime celebrations, in which an official rides through the city on horseback to open the festivities. Another celebration is the Wine Battle, or the feast day of St Peter, which can be traced back to the year 553. In honor of three centuries of religious pilgrimage, an official on horseback carries the city´s flag to the highest point in the area and conducts mass- at which point the Wine Battle begins. Drenching its participants in wine using wineskins and spray pumps, the crowd frolic in the fun and continue the festival back at the Plaza, with music, food, and bullfights.

The city itself has a wine museum, churches, historical railway, art and open-air museum, and a number of ancient palaces and houses. With so much to discover, you will no doubt require some sustenance and Haro offers the opportunity to try the local cuisine. The list we have created here includes some of the most interesting places to eat in the area, but is by no means exhaustive- there any many places to discover in Haro.

Las Duelas is one of the most famous restaurants in Haro. Located within a stunningly beautiful building of high ceilings and ancient wooden doors, the building has been renovated with a minimalist touch that contrasts the history of the building and lets it shine through. Also housing the hotel Los Agustinos, the location of this restaurant still exudes the history of a 14th-century convent and 19th-century Spanish military assemblage. The carefully designed menu, created by respected chef Juan Nales Rückauer, includes both traditional Riojan dishes along with more creative and modern plates, reflecting the mix of traditional and modern showcased in the architecture.

This modern, local establishment can be found within the hotel ETH and has walls lined with wine collections on display. With meat and fish dishes that can be paired with wine, the oenological friendly menu will please wine lovers. 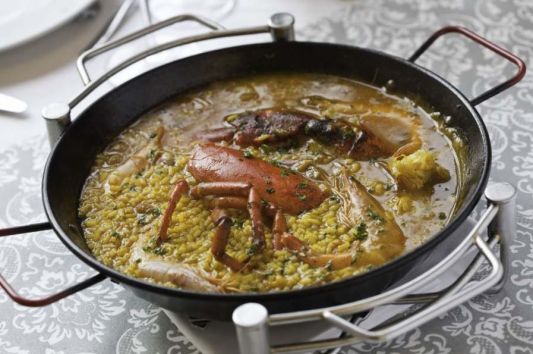 Restaurante Arrope is a quite modern restaurant situated within the very central and contemporary Hotel Arrope. The restaurant serves traditional Riojan food with a modern style, keeping its Riojan roots alive. Arrope also has an excellent wine cellar, which offers the possibility of wine tasting before your meal, as well as wine and food pairing.

Beethoven I is one of three restaurants (Beethoven I, II, and III) owned by this company in Haro. We have selected Beethoven I as it was the first and original restaurant in the area, opened in 1941. 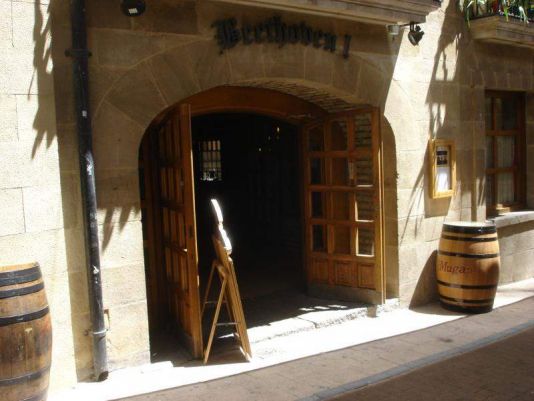 Las Cigueñas (meaning The Storks) is in an excellent location- you can find it in Haro´s main square, next to the Town Hall. The specialties here follow traditional Riojan cooking methods, creating wonderful dishes such as Riojan grilled fish, one of their recommended dishes. Their daily menu is available offers a selection of 6 first, second and third courses. For the weekends, you can choose from their special Weekend Menu, which includes Crianza wine.

Asador Jarrero is in the center of Haro city and offers traditional Riojan food, as well as traditional décor. You may feel like you have stepped back in time, as the restaurant mottos of conserving the same family and traditional feel with hospitality, good service, and good food.
They also have a traditional Riojan wine cellar and serve a daily menu.

Look out for our next blog on tapas bars in Haro!

In case you are planning a trip to Haro we recommend you have a look at our section with some of the best hotels in Rioja.

Haro is home to many wineries and also a town to enjoy the excellent local Riojan gastronomy. 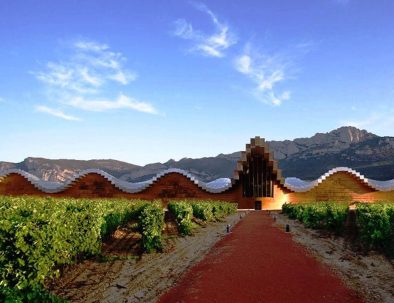 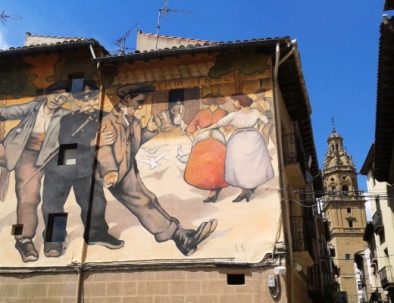 Carnaval of Wine in Haro

The wine Carnival in Haro takes place every year. A fantastic festival in Rioja Spain. Haro, the town that is home to many of La Rioja´s great wineries and famous for its wine battle festival, celebrates “Carnaval” (Carnival) like many other cities in Spain…but in its own way. … Read More