The most important Spanish Christmas traditions

Like in many parts of the world, the holiday season is a very special and magical time in Spain. It is a time filled with celebration, joy, and deep-rooted holiday traditions all over the country. Here we take a look at some of our favorite Spanish traditions that are celebrated during the Christmas season. As you will see doing a wine tour in Spain is not (yet!) one of the local traditions during Christmas… but we are working on it 😉

The Nativity or Belen de Navidad

Nativity scenes, called belenes, are very typical in Spanish cities and homes. Although they come in all shapes and sizes, the nativity scene always includes figurines of at least Mary, Joseph, baby Jesus, and the three kings, Baltasar, Melchior, and Gaspar. Some families create rather elaborate nativity scenes in their homes while others simply display a small one next to the Christmas tree. You will also find them in practically every town and village of Spain, usually on display in a Plaza Mayor or in front of a church. 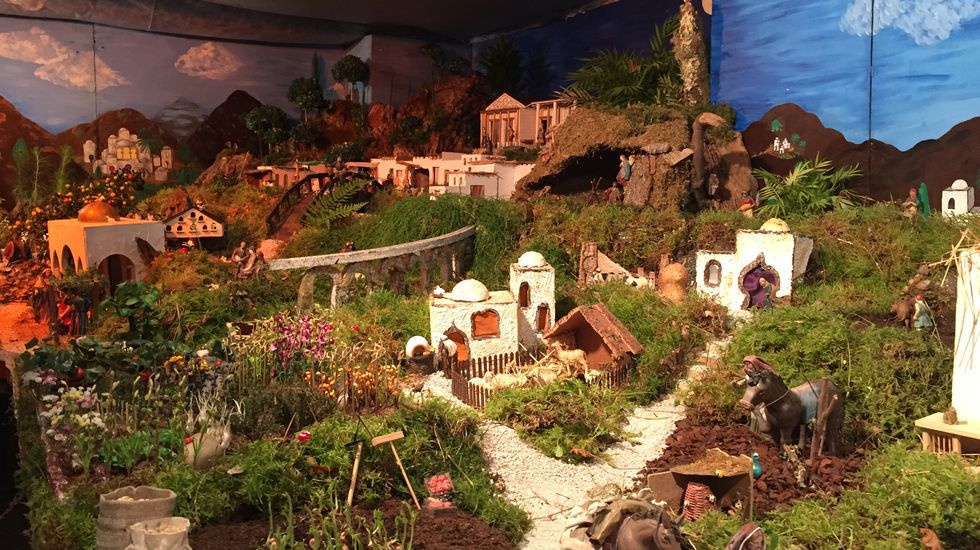 Though this is not a Spanish tradition in its origin (it started to be used in Germany around the 16th Century). It is not easy to say when the first decorated tree used for Christmas appeared in Spain, though it seems the first public tree was installed near the Prado museum in Madrid back in the Christmas of 1870. 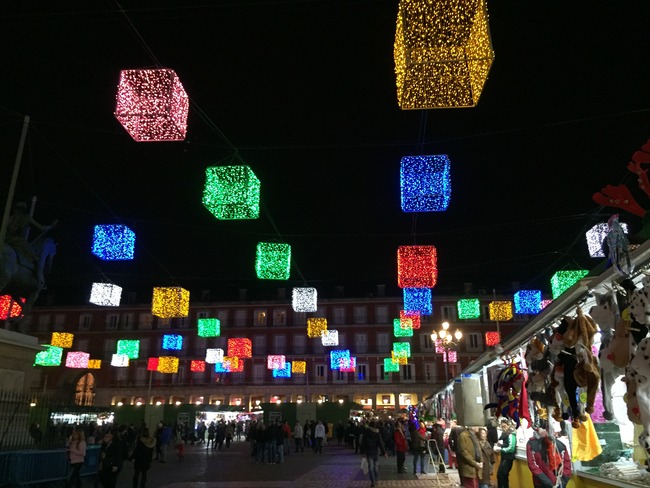 Spanish Christmas carols are also a big part of the holiday season in Spain. These traditional melodies are called villancicos and are mostly sung by children during this special time of year.

Villancicos originated as a poetic and musical form in the Middle Ages. Today, the term merely refers to the traditional Christmas carols sung in Spain and parts of Latin America. Most villancicos are religious-themed. They are very melodic and, in the south of Spain, flamenco is very present in the rhythm of the songs. Two instruments, pandereta and zambomba, are typical for this Spanish Christmas tradition.

This is a shortlist with the most famous and popular Christmas carols in Spain:

– Los peces en el Río. Many flamenco artists and popular singers have made versions of this famous villancico

– Ay el Chirriquitin. This is probably the children´s favorite!

– Burrito Sabanero. Its origin is from Venezuela but it soon became a Spanish favorite too

– El tamborilero. Though originated from the Czech Republic, this is one of Spain´s most sang villancicos. It became popular worldwide with an English version from Katherine Davis in 1941

– Arre burro arre: Also known as Arre borriquito, it is one of the most popular carols in the Spanish language 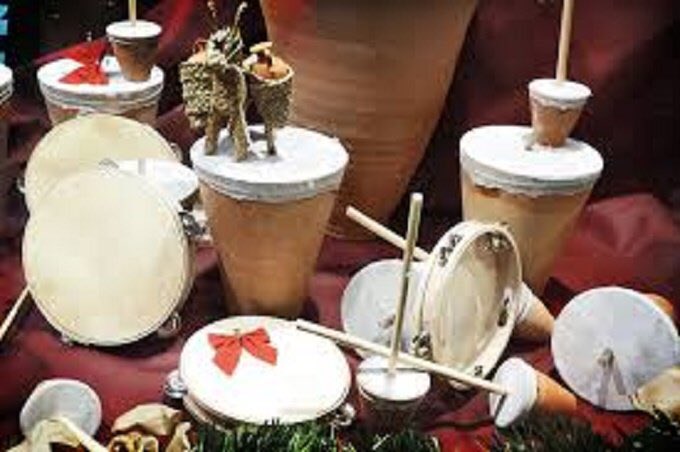 Christmas Eve in Spain is the most important gathering of the entire year for Spanish families. Called Nochebuena, meaning ‘good night’ in Spanish, Christmas Eve consists of a large and lengthy evening meal with the family. At the end of the meal, typical Christmas sweets are served including turrón, marzipan, polvorones, among many other things.

Turrón, a type of nougat made of toasted sweet almonds and honey, is the real star at the dessert table. Marzipan is a traditional dessert of almond and sugar paste made into small little shapes. Polvorones are a type of crumbly shortbread made of flour, sugar, milk, and nuts.

Turron did not originate in Spain though it is the country in the world with the highest consumption and it has been for so many centuries a part of the Spanish gastronomy that it can already be considered a local specialty with no hesitation.

The first evidence of turron is in the word turun which originates in the Arabic peninsula. It would have been introduced by the moors in Spain and it became part of the Christian diet during the XVI century. Its basic composition is as simple as it is delicious: honey and almonds. The reason why it became a Christmas delicatessen has to do with money. Turron, like many other specialties and special dishes which became worldwide food for special occasions, was (and still is when it is of top quality) expensive. Poor people could only afford it on very special occasions, and Christmas would have found its opportunity there!

Last but not least, these delicious Christmas sweets are best paired with a glass of cava, a sparkling wine similar to champagne that is produced mostly in Catalonia. Cava is produced in different regions in Spain but the town of Sant Sadurni de Aiona, in the Penedes wine region,  concentrates most of it. Two large brands like Freixenet and Codorniu are based in Sant Sadurni. Millions of bottles of cava are opened every year at the same moment at Spanish homes and parties when the new year arrives. Cava consumption grew in the last decades of the XX century thanks to great marketing campaigns from the major cava producers. You can learn more about cava production by joining a cava tasting tour from Barcelona. A great day to start the year in a good way! 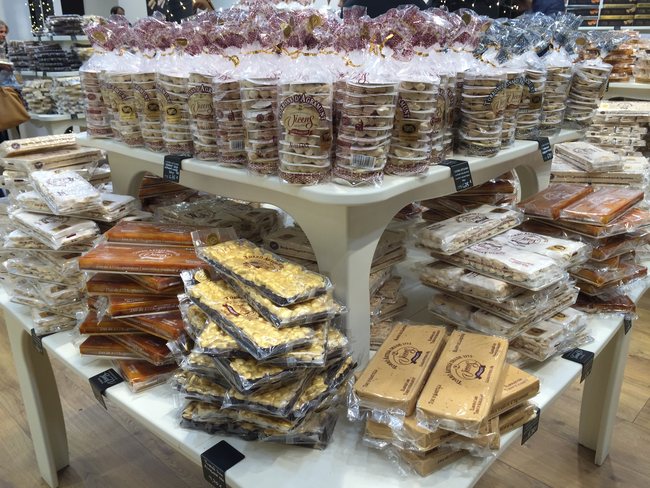 The drawing of the Spanish Christmas lottery on December 22nd marks the beginning of the Christmas festivities for Spaniards. People all over the country are glued to their television screens or radios with the hopes that they have won El Gordo, the name given to the largest prize of the lottery and literally meaning “the fat one”.

At 20 Euros for just 1/10th of a ticket, one can wonder why this lottery is so popular. The grand prize is not that large compared to other lotteries, but it is the most distributed in terms of winnings. Besides El Gordo, thousands of smaller prizes are won by lucky people all over Spain. Almost everyone in the country takes part in some way, either by purchasing tickets on their own or taking part in a pool.

Nearly everybody in Spain plays la Lotería de Navidad and the government-controlled, Loterias del Estado produces fantastic advertising to get people in the mood to share their lottery tickets.

The second-largest draw of the year is the El Niño lottery, which takes place on January 6thalso Three Kings Day.

The 12 grapes at New Years Eve

Nochevieja, literally meaning ‘old night’, is the term used for New Year’s Eve in Spain. Just before the clock hits midnight, the Spaniards have what can be considered a peculiar tradition. All around the country, the old and young have their 12 sour green grapes ready to ring in the new year, one for every strike of the clock. It is said that if you manage to eat the twelve grapes in the 12 strikes before midnight, you are guaranteed good fortune for the New Year.

Most of the country watches the countdown on television but if you happen to be in Madrid, you can participate in the largest countdown celebration at the Puerta del Sol, Spain’s Times Square. Just don’t forget your grapes!

Roscón de Reyes is a cake traditionally eaten in Spain on the day that celebrates the arrival of the three kings or Epiphany. The cake is a round or oval shape with a whole in the middle and is usually decorated with candied fruits.

Spain’s Christmas time or Navidades lasts until January 6th with the arrival of the Three Kings or Three Wise Men. Although Santa Clause aka Papá Noel is gaining in popularity throughout Spain, the most anticipated day of the year for Spanish children is “El Día de los Reyes”.

The larger Spanish towns and cities hold a parade on January 5th called the “Cabalgata de Reyes” in which the arrival of the three kings is reenacted. The three kings, Gaspar, Melchior, and Balthazar, can be seen on big floats from which they throw candy to the children on the street.

The following day, Los Reyes Magos, as they are called in Spanish, have arrived from the east and left gifts behind which the children open excitedly as soon as they wake up in the morning.

All children write their letter to the Reyes Magos, and on January the 6th a special cake is eaten with chocolate: the Roscon de Reyes.

Many companies today continue to provide their employees with a cesta de navidad. The tradition to provide a basket with food dates back to the Roman Empire. In those days, the “sportula” contained dried fruits, olives, or plants. In Spain, this tradition remains very active and some companies dedicate a very important budget to ensure their Christmas baskets are special.

Originally an extra payment provided by companies for Christmas, the Aguinaldo is now a tip offered for some services during Christmas or a bit of pocket money given to children that sing carols from home to home 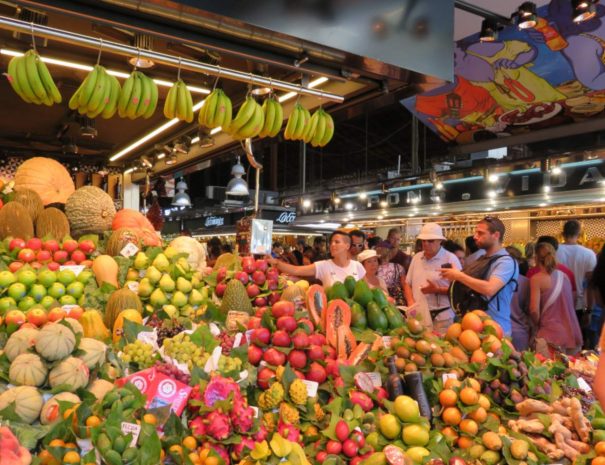 This is a top-selling paella cooking class in Barcelona and a highly rated class. The activity starts at La Boquería market where guided by a local chef, you will enjoy the stands of this iconic market in Barcelona. You will then proceed to the kitchen class for a very interactive class where you will prepare some simple tapas and superb seafood paella. Enjoy sangria while you prepare and learn to cook paella with a chef and then get ready to enjoy your preparation for either lunch or dinner! … Read More 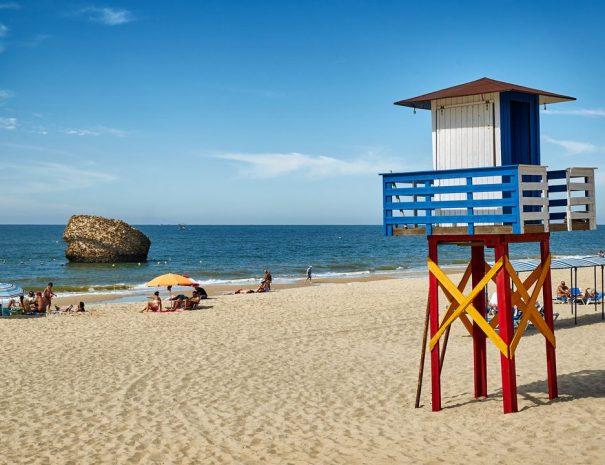 The Best Beaches in Southern Spain

A list of the best beaches to visit in Southern Spain. Hopefully, this article will help you find the beach for you and to plan your vacation in the south of Spain … Read More 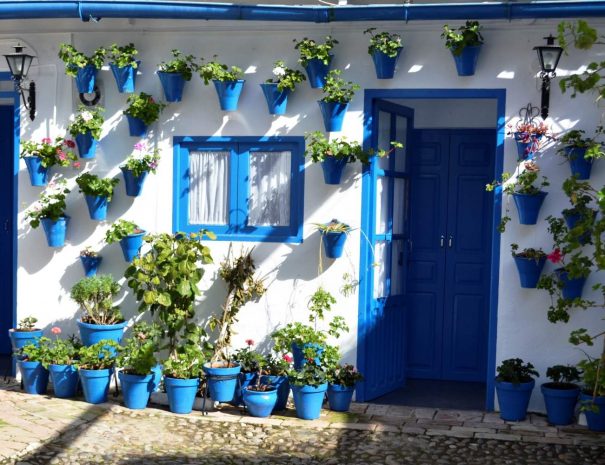 12 Highlights for a Road Trip across Southern Spain

Recommendations and itineraries for a road trip across the South of Spain written by our local destination experts. We aim at providing recommendations that offer overall great road trip experience, value and a fantastic selection of ideas collected with all the inside knowledge of our local experts. … Read More 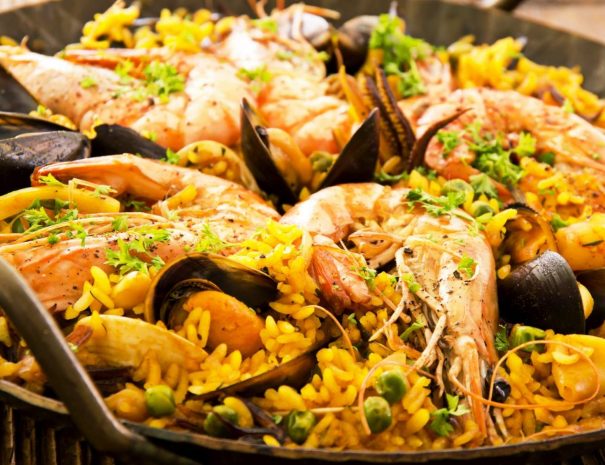 The question ´which wine is good with paella?´ is often asked. There are so many paella and wine combinations, that we have analised some of the best wine and paella pairings to help you choose the bottle for your meal. In this article we are going to talk about which wine is good with Paella, or rather, which pair best with each paella type. There are many different paella dishes in Spain, meaning that there are a multitude of paella and wine pairing options to explore. … Read More