Lanzarote is a spectacular island. The landscape seems taken from a Star Wars movie and you would actually believe you are on a different planet. Black volcanic soils are found everywhere. The island holds over 300 volcanos after all. This landscape offers some of the most attractive wine tours in Spain. if you plan to visit the island we believe you should consider more than its beaches and vulcanos. A Lanzarote wine tour offers a great place to enjoy wine and amazing landscapes.

Our favorite wine tours in Lanzarote

This tour offers you the opportunity to enjoy a walking tour of moderate difficulty in one of the most amazing areas in the world where grapes grow. Winery visit and tasting of malvasia wines
Discover it

Any visitor to the Cité du vin in Bordeaux finds two huge screens on the first room. Vineyards from all over the world are shown to illustrate the beauty and diverse landscapes where grapes are grown. The most striking of all those landscapes in that fantastic video is without hesitation Lanzarote

Lanzarote is a volcanic island. The climate there is so harsh that grape growers had to come up with different ideas and methods to ensure their vines would grow and suffer as little as possible. Winds from the north do not support this endevour either. The wind can be devasting. The solution found by local growers is to plant each vine on its own small pit with a wall at the top that prevents damage from the wind. The ground of the hole is covered with volcanic earth known as picon. Picon helps at forming dew and this moisture gets down to the root of the vine is…. Grapes can grow in this harsh environment after all!

Local farmers were not treated well by this landscape. Local hero, Cesar Manrique, acknowledged this fact and created the most spectacular tribute to farmers at the Farmers House museum, one of the island’s top attractions. Most visitors to Lanzarote get to the island to enjoy a few days of well-deserved rest. It hardly rains, temperatures are constant and high all year round and the only minor inconvenience is the north wind. Most all-inclusive Lanzarote hotels are located in the South in the area called Playa Blanca and Papagayo. Up to the North, far from the eyes of tourists, vines grow in a miraculous fashion. Most visitors come to the island seeking the excellent weather and the “all-inclusive Lanzarote experience” Many visitors take one tour, to the Timanfaya volcano, an impressive national Park that offers a dramatic visit. On the way a few vines are found, and the question is often heard. “How come vines grow in this land?“

The truth is that nothing would grow in this soil until the farmer digs deep enough to find retained moisture and fertile soil. Sometimes they need to dig over twenty inches. The wall is built on top. No wonder wines from Lanzarote are expensive. Many of the visitors to the island cannot find local wines at those all inclusive hotels of Lanzarote. They are simply too expensive to get included in the wine list. A shame for the local wine industry and for eco-friendly consumption. Wines are brought to all those hotels from the peninsula, instead of being purchased to local producers around the corner.

In the center of the island of Lanzarote we find the Timanfaya national park, the most important element of the Unesco biosphere reserve. In 1730 an eruption started in this area. It lasted for well over 6 years and locals from the area thought it was the end of the world. Today we find lava hills and lava valleys.

Local authorities, thanks to the amazing work of Cesar Manrique, did a great job in preserving the island´s nature. Tourist development does not go hand in hand with preservation of nature. In Lanzarote, however, things look different and despite we can find many all inclusive hotels, appartments and shopping malls, these areas have been limited and construction has been limited to ensure the island preserved its personality.

one of nature´s amazing miracles

Let´s get back to vines and wine and forget for a moment the idea of holidays in Lanzarote at all inclusive resorts seated next to the pool enjoying sea views.

So we have an island where strong hot winds dry the grapes and destroy the hope of any winemaker. The alisios winds from the west are not so strong in Lanzarote as in other islands of the archipelago (mainly Fuerteventura) but strong enough when combined with the north winds to destroy any harvest. As mentioned above, local growers scoop hollows in the volcanic ash (hoyos) or build cairns around the vines to protect them, or simply do both things at the same time. The vines, as you can imagine, are planted a good distance from one another. Yields as you have rightly guessed are very low. Rainfall is as low as 150 millimeters a year and moisture comes from ailisios winds mainly and is retained by the ash. There is only one DO in Lanzarote, divided in three sub-regions: Tinajo-San Bartolome in the centre, Haria-Ye in the north and La Geria in the south near the town of Yaiza. This is the most spectacular area and the valley here is simply amazing. Make sure you pay it a visit (and yes, get a break from the easy live of your pool at the Lanzarote resort where you stay!)

Vine has been harvested in Lanzarote since the mid 18th century only. This is later than other islands like La Palma or Tenerife where wine production started during the XVth century. Listan negro and Negro Comun are the tow red wine varieties in Lanzarote. Listan blanca and Malvasia are the main white grapes, with other local varieties like Diego and Burra Blanca also planted. Moscatel is also planted.

Yields are very low in Lanzarote with hardly 1,000 litres per hectare (compared for instance to Rioja with over 6,000 liters) Vines are very old, with many over 100 years.

Most production used to be dedicated to sweet wines and a mixture of muscatel and Malvasia has traditionally been used for that purpose. But market trends have moved growers and wineries into dry wines.

The island consumes 4 times the amount of wine that is produced locally. As we have discussed already, most wine served at hotels and resorts is from major Spanish brands, whilst local wines are best found at restaurants. The best known local winery is El Grifo, with affordable wines and daily tours to enjoy the miracle of local wine production in volcanic soils.

We believe wine is one of the top local tourist attractions in the island and that a wine tour of Lanzarote is a must to enjoy the island. The wines may not please everybody since the volcanic soils provide a peculiar flavor and as for so many other things, wine is an acquired taste. We find the dry white malvasias are fantastic. One thing that makes any wine and architecture lover dream is the idea of a winery built following Cesar´s Manrique style. Other regions in Spain bring amazing examples of wine and architecture (like Protos, Ysios, or Riscal to name but the most obvious examples) A visit to the Cesar Manrique Foundation is a good start to let your imagination fly and discover in your mind wine bats and barrels at the amazing rooms of this fascinating building. In any case, and as Manrique rightly said, man could only try to simulate nature and, for that purpose, the amazing vineyard landscape of Lanzarote is for sure amongst the most amazing example of agriculture you will find in the world. 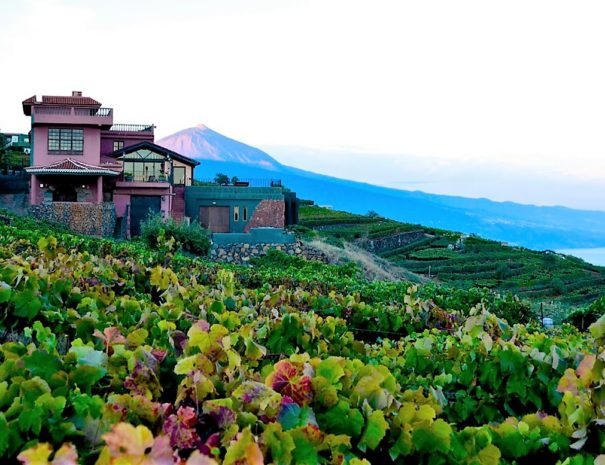 Tenerife is home to many small wineries that produce excellent white and red wines from local grapes that cannot be found elsewhere. Volcanic soils and amazing landscapes are part of twhat you will enjoy during a Tenerife wine tour … Read More 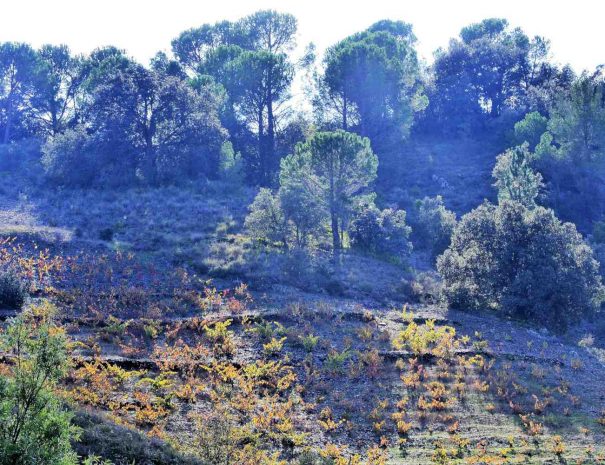 Priorat wine tours from Barcelona. A selection of wine tours to enjoy Priorat and its fantastic landscapes. Vineyards and olive trees plantations can be enjoyed in a landscape full of ancient villages, hills and wineries … Read More 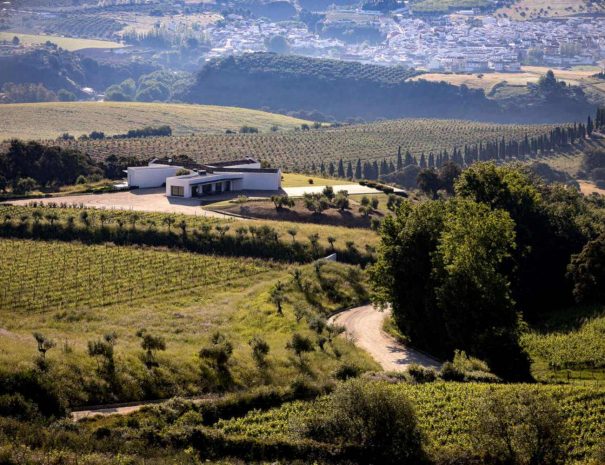 Ronda wine tour. Vineyards, wineries, villages, and history behind the wines from the Malaga region in Andalusia. Enjoy the terroir and the wines of this wine region located next to one of the top icons in Spain: the city of Ronda and its bridge. Cool nights, altitude, and proper vineyard orientation as well as excellent workat the wineries have led to excellent quality from the wines in Ronda … Read More 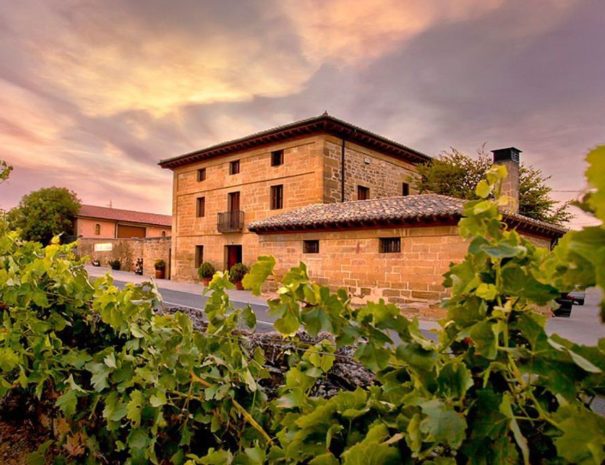